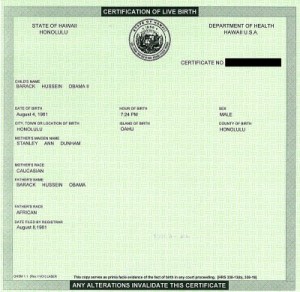 Everyone knows that the individuals at the health care town halls and at the teaparties are completely misinformed, easily mislead with rhetoric and sensationalized facts that are totally false. E.g “I don’t want the government messing with my medicare” or “Why does Obama have czars? he’s a socialist!”

But America’s place in the world is still held firm by a belief that they are in the minority. The arguments to prove this are that Obama (who is clearly a brilliant and Smart Individual) would not have been elected if they (idiots) were in the majority.

I ask would Obama have been president had the US been a multiple party system or even one with a strong 3rd party which would have put forward a mediocre white man. Would this mediocre white man have won over a brilliant black man?

The teapartyers , ppl who are easily swayed by rhetoric and moved to action with wrong facts and mis-information seem to be in the majority in America still. The Iraq war was fought on wrong information but no-one was educated enough or smart enough to understand the need for due diligance.

The recent financial crisis has benefitted a few and ruined many. Based on mis-information and sensational deals these ppl were duped. The numbers of those duped are far greater than those who gained in this exchange of wealth. So if a few smart ones gained and a lot of dumb ones lost. Who really is in the majority?

A few smart manipulative americans took advantage of a multitude of gullible ones.

Then the Bubble burst.

Obama came into office and was briefed..

We have a bunch of rich people with power and connections who don’t want the money they made in this past cycle to be taken away from them cause that would be socialist, and just to prove their power, they mobilized unemployed dumb voting americans to their cause –read teabaggers.

So now Mr. President do you want to side with the dumb asses? Maybe not.

But if u let things be.. corporations will fail and the US financial system will crumble and the one’s who were duped of all their money will lose everything, will be put on the streets and you will go down in history as the president who ruined the US.

So we need to prop up the companies and pay for them over the years (time heals all wounds) with the taxes of those same individuals who were duped over the years.

But don’t raise the taxes on the rich who gained from the bubble cause they can mobilize the unemployed “true blooded americans” to rally for their cause.

Remember they are smarter, Such is life Mr. President!!

You could argue about the chronology of the events, but that’s the beauty of keeping it under wraps till the new president came into office.

This begs the question who or what is the vehicle that forwards the agenda of these manipulative fatcats!

Cause if it truly was a grass roots movement. Wouldn’t it have been NPR mobilizing the masses.

And since when did an australian owned company (FOX) gain more credibility in the heartland of America than perhaps CNN or MSNBC?

These people are really dumb and ignorance/stupidity has always been exploited by mankind.

But why won’t they support Obama? Support the president! The thought of not supporting the president was shouted as unpatriotic and outright un-american by the very same republicans while Bush was in office.

They know that Obama had tremendous following during the elections and afterwards, both in the US and worldwide. Secondly he’s not stupid to fall for their theatrics or to get embroiled in a shouting match by their “UnAmerican” this and that BS.

They won’t support him because that will make him achieve goals and achieving goals, leaving a legacy will make him a president who is worthy of that office.  But they would rather have their sons and daughters in that office. They have no one of that caliber and will never attract anyone of brilliance, with their ideology.

Hence they need to make obama fail to survive. The republicans cannot and will not support Obama not because his plans are unamerican, but because the success of his plans are seen, by them, as their failures!

Instead of changing they would rather drag Obama and the country down so as to stay in power. History is littered with such people, only time will tell if they win or will change prevail.

The reasons behind the death of advertising is very similar to the story of the boy who cried wolf one to many times.

Over the years bogus claims and the ample use of the * has made consumers have no faith in the marketing communication of companies.

Why should they trust any claim made in an ad that is paid for, made by and distributed with the companies funds?

It’s about time ad agencies realized this and became moral custodians of the products and the communication they use to advertise them. It’s important to tell a client when their claims are only marginally true and often misleading. Cause this will hurt the brand the most in the long run.

But sadly today ad agencies are seen more as vendors and not as partners.

This leads to a “shut-up and do it our way” mentality on the clients end and a “Do it or else the client will go to some agency that does” on the agencies end.

In all honesty both parties are guilty of  focusing on short term gains at the expense of long term success. It is important for the client to understand this and it is the ad agencies duty to make them understand.

A marketing manager wants to change his job every 3-5 years. A brand wants to stay in business for much longer. If an agency desires a long term relationship with the brand, it must understand and communicate this conflict of interest.

A brand might move to PR, seen as significantly more believable, but an ad agency will cease to be an ad agency.

An army of engineers and construction professionals built the great road system & bridges that everyone in the united states enjoys.

It will take a similar bold step from doctors and health care individuals.

Will they rise to the challenge? Or will they not?

Now why can’t the US just have some good old bi-partisanship. Like in the FDR days when things were not endlessly debated but done.

And insuring everyone in the country, taking away the 16% of GDP currently with medicine and putting it into other industries that don’t have the notorious salary ratio disparities (executive vs worker) as the medical industry, would be just that. A great problem solved.

It’s obvious with recent events that men, driven by greed and profit, do not have the public’s or any person’s (except their own) interest at heart.

Then how can a nation’s health be handed over to these individuals or a group of individuals called corporations.

It is crucial that the healthcare bill must have a public option  for it to lead to real reform.

I don’t really know them well enough but from what i’ve seen i think the 3 of them, and their kind (entertainment journalists) could learn a thing or two from the quote below.

“Too often we enjoy the comfort of opinion without the discomfort of thought.”
-JFK

If you have their ear ( i fear it’s only one way traffic tho: The mouth functions, the ears don’t) pls forward it to them.

To start on a light note, I think most of the world’s wars till date come from not understanding or caring to understand the others we share our world with.

Some people might be uncomfortable with it but no one disputes our Inter-dependance on each other in this global world.

Our differences (cuisine, dance, song, culture, religion, color, language) are all minor and in my opinion more of a blessing.  Being a foodie i understand that the potato came from peru and pepper from the Malabar coast. Everyone loves them, Thankfully the first explorers didn’t go there with a closed mind instead they sampled and tasted and learnt and exchanged. And for those who would like to point out the manipulation and greed of business that lead to exploitation. Just cause they did it doesn’t mean you will. Travel and see the world and it’s diversity and you too will understand that it’s crucial!

I love to see new things and i hope others do too. Cause the day we all want to see and hear what we already know, we cease to grow.