If History has taught us anything, it is that All empire’s will fall.

History also shows us that in hindsight the demise was obvious, power gets centralized and abused by a few while the masses suffer, till they can suffer no more and the system comes crumbling down once it loses the support of it’s foundation (the Masses).

The world’s oldest democracy is facing it’s biggest challenge yet. How to stop Billionaire’s from controlling government policies that enrich them while depriving millions of others of basic necessities. To follow the path that led the US to this point and to learn if this scenario will play out the same way in other democracies around the world… Read on.. 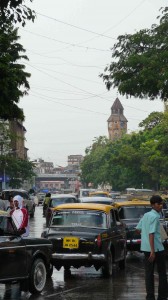 Now why can’t the US just have some good old bi-partisanship. Like in the FDR days when things were not endlessly debated but done.

And insuring everyone in the country, taking away the 16% of GDP currently with medicine and putting it into other industries that don’t have the notorious salary ratio disparities (executive vs worker) as the medical industry, would be just that. A great problem solved.

It’s obvious with recent events that men, driven by greed and profit, do not have the public’s or any person’s (except their own) interest at heart.

Then how can a nation’s health be handed over to these individuals or a group of individuals called corporations.

It is crucial that the healthcare bill must have a public option  for it to lead to real reform.